Round the Square and Up the Tower:

This book was produced by the Hosking Houses Trust in 2014 and consists of several contributed chapters and more than 100 illustrations. It is a study of the hump of land above the River Stour that is above the flood line, where the church of St Helen's now stands, and which has been occupied since Saxon times. Most of the 20 houses studied are in The Square, which was once basically a farmyard with Duck Lane leading down to the river. This was a poor area with humble cottages for workers on the farm and at The Manor, but it is now highly desirable and the half-timbered cottages in 'Shakespeare land' are an estate agent's dream. It is how the one has become the other that is the subject of the book.

The book was sent for comment to Ronald Blythe (author of Akenfield and many other writings on rural life) and he replied:

'Round the Square and Up the Tower' is the most wonderful village history. It is a lesson to those who write about such things and I shall treasure it. I am always moved by there being a sound basic outline to such books, the agriculture, the poverty, the buildings and the education, the two world wars etc. yet each account is subtly different. All those 19thcenturyfaces, with their innocence, plus their knowing what we no longer know. The other excellence of 'Round the Square and Up the Tower' is the scholarly way in which you tie-in an ancient community with our national history - it is so well done. I have a shelf of such books and yours will be an example of how they should be written. But then you could hardly do less with Shakespeare looking over your shoulder.

Thank you again for such a fine gift, and kindest wishes.

This book is available for £10 +£2pp on Amazon, in Stratford at Holy Trinity Church, Smiths in High Street and the Chaucer Head Bookshop in Church Street, or by contacting HHT on 01789 262924 or 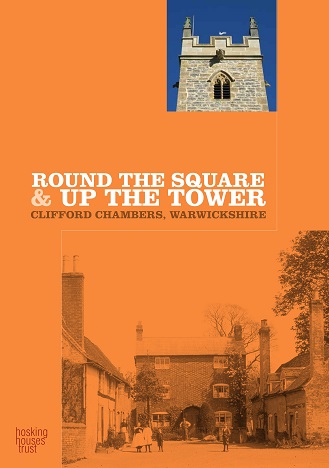